Peat Bog By the Lake

Come embark on a hiking trail to the interior of the Ore Mountain peat bogs, which began to form fifteen thousand years ago during the Ice Age. The peat bogs in the Ore Mountains are among those locations in the Czech Republic that are most affected by environmental damage. Their name in the Czech language, meaning “harsh”, is an apt expression of the harsh times experienced by nature in this location – due to industry and subsequent acid rain, as well as repeated drainage attempts or the careless planting of trees that are not native to the area. Luckily, though, local nature has a long memory; now that the site has been added to the list of wetlands of international importance under the Ramsar Convention, it may well be retransformed - provided that we lend a helping hand.

Thanks to the NET4GAS Closer to Nature programme, the Beleco Society was able to complete a revitalisation project in 2013, which sought to restore peat bogs in the Ore Mountains at selected sites (Cínovec Ridge and By the Lake, both belonging to the Eastern Ore Mountains bird sanctuary). "U Jezera" (By the Lake) is a significant site at which endangered and critically endangered plants and animals still occur, such as the Bog Cranberry, the Black Grouse, the Alpine Newt, the Viviparous Lizard, or the Slowworm.

The site is the remnant of what was a very extensive peat bog on the slopes of Pramenáč Mountain in the past. The entire territory is covered by thick stands of various pine species and the very precious moor birch. A small silt-up lake is also part of the site.

But these peat bogs are not only of interest to the expert - they are also very attractive for active travellers, and have yet to gain the recognition they deserve among Ore Mountain tourist destinations. A 14-km educational trail has been built that intersects the bog, beginning in Cínovec and giving you a crash course on the history of the region, the impact of human activity in the region, the local fauna and flora, geology and hydrology, and the revitalisation efforts themselves, at nine stations. 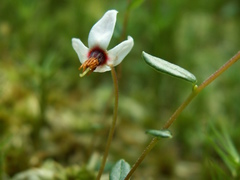 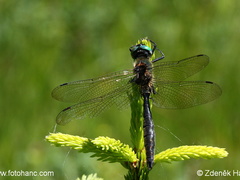 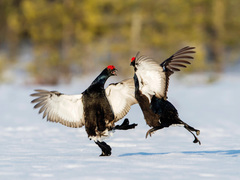 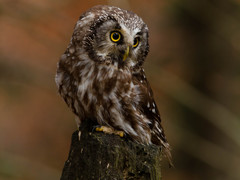 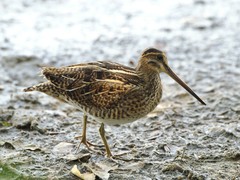 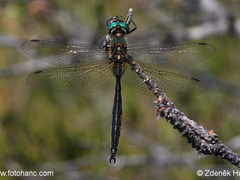