Thanks to the NET4GAS Closer to Nature programme, a remarkable maple avenue - the Avenue beneath the Hořínkova Cabin - has been restored to the point where locals and hiking tourists can walk safely along a paved path to Buchlov Castle, take a break and rest on the newly installed benches, delight in the singularly beautiful surrounding nature, and drink in the atmosphere of this old tree-lined avenue.

At the beginning of the 20th century, the lords and masters of Buchlov Castle at the time, who hailed from the house of Berchtold, laid the groundwork for the Avenue in question. As part of broader landscaping work in the general vicinity of the castle, this two-rowed maple avenue was planted and given the rather grand-sounding name "Knight's Road". The narrower path served those travelling on foot, while the broader path was paved with cobblestone and intended for horse and carriage.

However, as the 20th century marched on, the avenue grew over with various types of underbrush, the seeds of which were carried here by the wind, and it generally became neglected. In 2012 and 2013, the local ČSOP chapter of Buchlovice restored this heirloom maple alley between Buchlovice and Buchlov, which forms part of the local yellow hiking trail. The avenue is 460 metres long.

From the installed information panel, visitors can find out who founded the avenue and why, and who restored it to its former beauty and why. The panel also addresses the avenue as a landscape feature, playing an important role as a habitat and a migratory path for fauna and flora alike.

The Alley is composed of two maple tree species: the sycamore and the Norway maple. In the hollowed-out trunks of the old trees nest numerous bird species, such as flycatchers, nuthatches, the dendrocopos genus within the woodpecker family, and others that seek their food here. 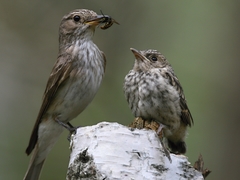