13.06.2022
In a festive ceremony, a precious piece of nature was made accessible to the general public – the Kolová meadow near Kynšperk nad Ohří. The local Kynšperk chapter of the Czech Union for Nature Conservation has for a long time been exercising stewardship for this site together with the municipality of Libavské Údolí. It has now transformed part of the site into a natural park with visitors’ facilities. The other part is given over to meadow growth, managed through extensive mowing and, recently, grazing.

In the past, this 1.7-hectare meadow was managed by local farmers whose regular care ensured a rich and stable variety of grassland species. After the meadow fell into disuse, gradual overgrowth caused a number of important plant species to disappear. For instance, the lesser butterfly orchid, which still grew here in 2005, has entirely disappeared from the site. Since 2020, the meadow has been under lease to the local Kynšperk chapter of the Czech Union for Nature Conservation which is taking care of the site and making efforts to resurrect its original character as an "orchid meadow". Regular scything and the work of animals put to grazing help suppress strong competitive plant species such as the quaking sedge, the creeping thistle, and the stinging nettle, giving rarer species room to grow. Today, the meadow is able to attract and retain such species as devil’s-bit, Cambridge milk parsley, and bitter vetch. In the northern part of the meadow, stands of broad-leaved thyme have been preserved on abandoned anthills.

Across the way lies the headwater which in the past supplied Kolová with fresh water through the local distribution system. Today, this area of springs feeds a system of smallish pools. The area was successfully rejuvenated in 2021 by dredging up accumulated silt and putting the former well shaft under a canopy to transform it into a fountain. This year, an information panel, a resting bench, and a causeway made from wooden planks were added to make the meadow and the area around the pools accessible to visitors. The site can be found about 50 metres from the U Čertova Mlýna guesthouse (50.1164906N, 12.5537292E).

The erection of the boardwalk, bench, and info panel were financed by the general partner of the Czech Union for Nature Conservation: NET4GAS. The Kolová meadow is the eighth site in the Karlovy Vary region opened within the Closer to Nature programme through which NET4GAS has been supporting conservationist projects across the country for the past 16 years. 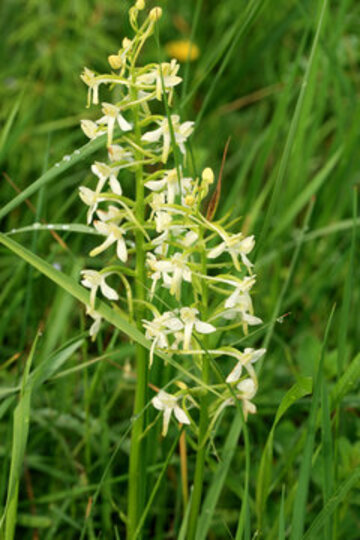