News
EN > News > Management projects of the past year

Management projects of the past year

12.02.2020
The NET4GAS Closer to Nature programme also serves to support management projects: unique practical measures to restore habitats or support certain species. Five such projects were successfully seen through last year and deserve to be given recognition.

The first of these projects – the Borek Pools – was implemented in the Tachov district.  In the municipality of Borek, four new irregularly shaped pools were excavated which add to the offering of high-value aquatic habitats and increase biodiversity in the wild.  They are designed to serve not only amphibians but also wading birds and insects.

In Velké Popovice, east of Prague, a municipal orchard was created from heirloom fruit varieties – 22 apple trees and 10 cherry trees in all.  The orchard will not only serve as a defining landscape feature but also serve educational purposes and foster community life.  Each tree is fitted with a sign indicating the variety; the site also has an info panel on fruit processing and dedicated breeding places for snakes and lizards.

The planting work of conservationists from Valašské Meziříčí has yielded the tangible result of 48 fruit trees of endemic varieties of apple, plum, and cherry, on a site – Hradisko in Rožnov pod Radhoštěm – where a parkway segueing into tree rows existed way back in the 19th century.

The Mělnice Hillfort in the Tachov district has been in the care of ČSOP since 2001.  For many years, the species-rich dry meadows, covering the ground where a fortress once stood, served as grazing land for sheep.  Toward the end of the 1970s, the last shepherd left for good, grazing ended, and airborne seeds brought shrubs and other overgrowth.  The moat between the walls of the hillfort served as a concealed waste dump.  In previous years, parts of the invasive shrubbery and lots of waste and barbed wire were successfully removed.  This year, conservationists went in to cut back the excessive scrub and remove damaged trees that threatened to fall.  Part of the lumber (the trunks and main branches) was left in piles and stacks to serve as a home for insects and small animals.  During the season, slowworms, lizards, and two hedgehogs moved in.  Some of the brush was left as cover for grazing animals and a possible nesting place for birds.  The cleaned-up walls of the hillfort now compel passers-by to take in the scenery, as they did in the past.  During the grazing period, yaks, sheep, and goats are all great attractions.

Until last year, the spot known as Mezicestí (Between the Roads) on the outskirts of a municipality named Tvarožná Lhota, in the Hodonín district, was a nondescript site of sprawling fields, almost devoid of trees, bushes, and hiding places.  Having come to an agreement with the landowner, the local ČSOP chapter has since sown a meadow mix on three hectares, planted 13 oaks, 2 service trees, 2 rowanberries, and 3 linden trees, and it erected two stone walls from boulders plucked from the surrounding fields, as a refuge for animals.  The results are not only increased biodiversity, but also a visual improvement of the local landscape.

The NET4GAS Closer to Nature programme has a successful track record of no fewer than thirteen years.  Thanks to this programme, the Czech Union for Nature Conservation (ČSOP) was able to make 99 valuable sites of nature accessible to the general public – for the most part in the form of education trails, observation decks, lookout points, and other educational and entertaining ways in which to enjoy the treasures of nature.  Such spots then await discovery by countless locals and tourists. 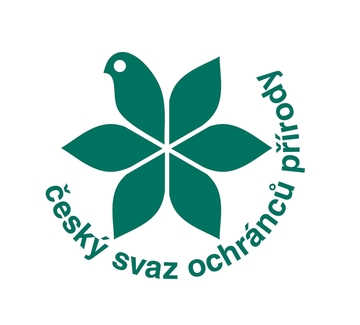