02.09.2019
As the new school year rolls in, further instalments of the natural science contests organized by the Czech Union for Nature Conservation (ČSOP) get into gear. In the 25th Environmental Olympics, more than 500 secondary school students will pit their wits against each other, whereas more than four thousand children from primary and lower secondary schools will compete in the 48th Golden Leaf contest. Regional rounds of the two contests will be held in all corners of the Czech Republic to establish the best teams across the regions – who will then proceed to the national rounds, where the nationwide winners will be determined.

"In actual fact, the main goal of our two contests is not merely to identify the three best teams of budding naturalists," says contest coordinator Anna Kučerová of the Youth Division of the ČSOP. "Our wish is, above all, to entice children to take an interest in nature and in the world around them (and, maybe, to study natural sciences at a college or university later on), to create opportunities to meet with similarly inclined enthusiasts, and to make it possible for children to spend time together exploring nature and learning about it in its greater context, and in a hands-on spirit."

On a national level, these contests are coordinated by employees at the Youth Division of the ČSOP, but the bulk of the work associated with organizing and implementing them rests on the shoulders of hundreds of volunteers out in the regions. Not infrequently, the ranks of these helpers are bolstered by grown-up contestants from previous years, who with undiminished enthusiasm contribute to the success of the current rounds.

If the contests have piqued your interest, you will be happy to hear that it’s extremely easy to participate – the only limit is the capacity of the individual rounds. A list of the coordinators of the regional rounds can be found on the website of each contest: www.ekolympiada.cz and www.zlatylist.cz. Some regional rounds may be entered directly, while others first require the hurdle of the basic rounds to be cleared. Teams may be composed of pupils representing their school, or any other organization working with children, such as Children and Youth Centers (DDM), youth organizations, etc.

The contest is being co-hosted by the Ministry of Education, Youth and Sports (which is also giving financial support). Both ČSOP contests would be unthinkable without their long-term general partner NET4GAS, s.r.o. We also owe big thanks to the Czech State Environmental Fund and the Ministry of the Environment for their support. 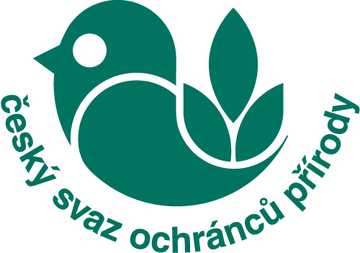